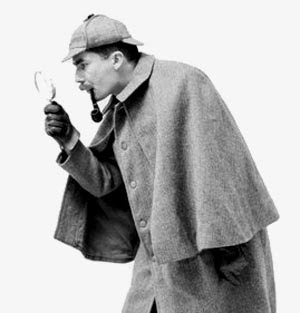 From desk of Sherlock Holmes…

New case is open for your attention

“Case of the Stolen Keys to Tron: Legacy by TGV”

This case so complicated.

Not enough prove or clue that can help me find the person that responsible toward this case.

Any notes : Reward for those who’s can solve this case

As you can see from the image above, the set of keys to the safe containing Tron: Legacy has been stolen from the projectionist’s room at TGV Cinema!

We’re asking for help from you, Sherlock Holmes [it’s me lol] and all Malaysians to help find the keys and the culprit who did it!

Note by Sherlock Holmes’s Agency : I need back up here.

This case had been seen in the news, it my opportunity to show my Sherlock Holmes’s Agency talent to solve this case.

Here are some news that I can share with you [How about the rest? That is our secret…]

The keys to the safe containing TRON: Legacy show reels have been STOLEN from TGV Cinemas! It is believed to be an inside job but no arrests have been made yet. And so far…the culprit has left behind one clue. Check out the Stolen poster to know more!

The TRON: Legacy is due to premiere on the 16 December 2010 so it is crucial that the keys are l…

Just a month before the movie TRON: Legacy is due to premiere, the keys to the safe containing the show reels have been stolen from the projectionist’s room at TGV Cinemas.

Mark, the projectionist on duty the night of the theft had left the keys inside…

“After locking the newly-arrived TRON: Legacy show reels in, I had to answer an urgent call of nature. Absent-mindedly, I left the keys in the drawer. When I returned about 5 minutes later, my desk had been scuffled through and the keys were gone! I immediately reported it to Mr Muthu, my manager.

“I was completing some paperwork since 6.00pm when Mark stormed in and told me that the keys were missing. I know Mark didn’t do it because he is a trustworthy employee and a man of strong religious beliefs. His only fault was his carelessness.”

If you want some more clue just find by yourself at the www.facebook.com/TGVCinemas

Please take note : TGV Cinemas and partners are giving out A Private Screening Hall for any movie + a Panasonic 50” 3DTV and many other attractive prizes to the ones who manage to solve the case.

Lets look some scenarios at the crime location

This case is mine…

View all posts by Bro Framestone →

10 thoughts on “Case of the Stolen Keys to Tron: Legacy by TGV”